Thanks to all those friends who make us feel proud to be human.
Thanks to the “till 6am” nights
Thanks to those exchanged thoughts, to those moments passed talking about future society,
about design meaning, technology, ethics, international politics, human rights… controversial thoughts.
Thanks to those sounds that escorts our minds stirring up our synapsis.
Thanks to our luckiness (or not) of having borned in this part of the planet.
Thanks to the circumstances …to this fabulous crisis.
…and especially to this controvert technology that makes our brains communicate each other all around the world.

Thanks to you to be part of my life.

Now you can see a work I have been the pleasure to collaborate on a few weeks ago
That’s the last video of the israeli fashion designer and friend Idan Gilony.
This collection is called Phobia and it’s inspired on World War II and holocaust.
Lighting setup and camera operations in a few shots.
Enjoy!

New member in our family: welcome to Mark Polite 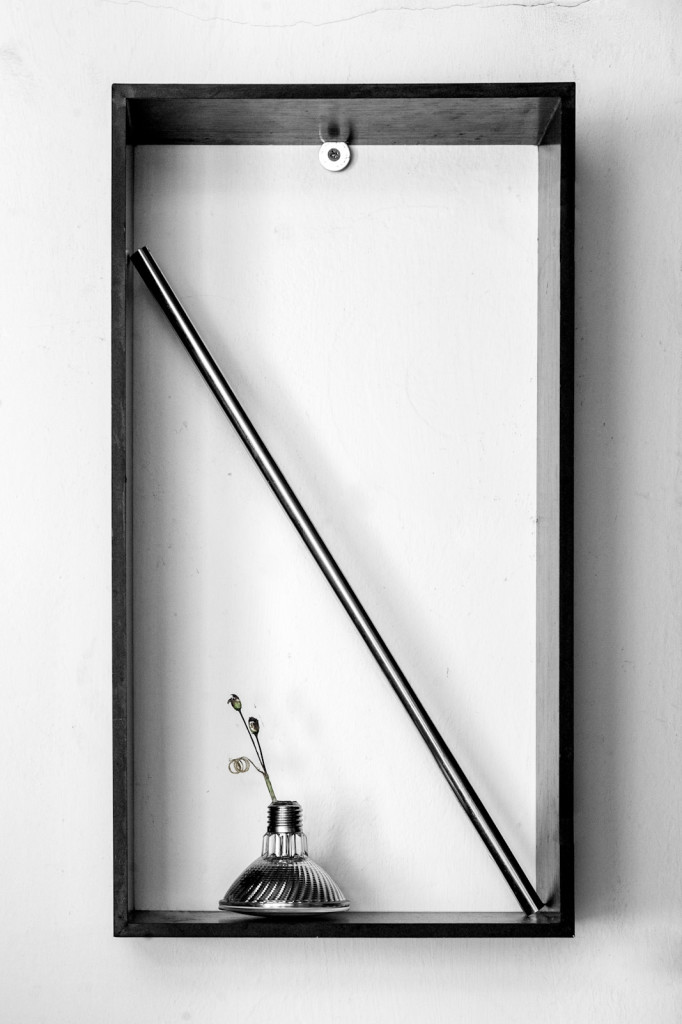 As in all good families we are here to welcome a new concept solution…
This time it took almost 14 months to bring to life this new baby.
His name is Mark Polite and it is a mongrel between furniture and art framing.
Go to know him! 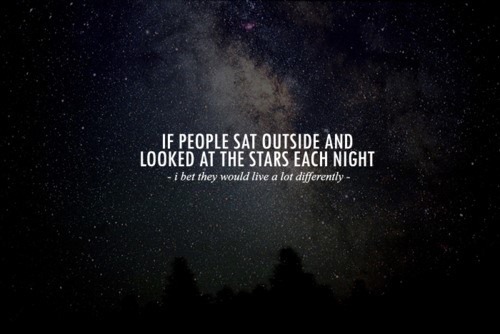 I just want to share with you and propose you to think about this quote by the american illustrator Bill Watterson.

This week we have been working pretty much.
It’s now time to have a moment of relax and reflection.
I leave you here this short video which was occupying my secondary screen during last 3 mins.
Have a good end of the week. 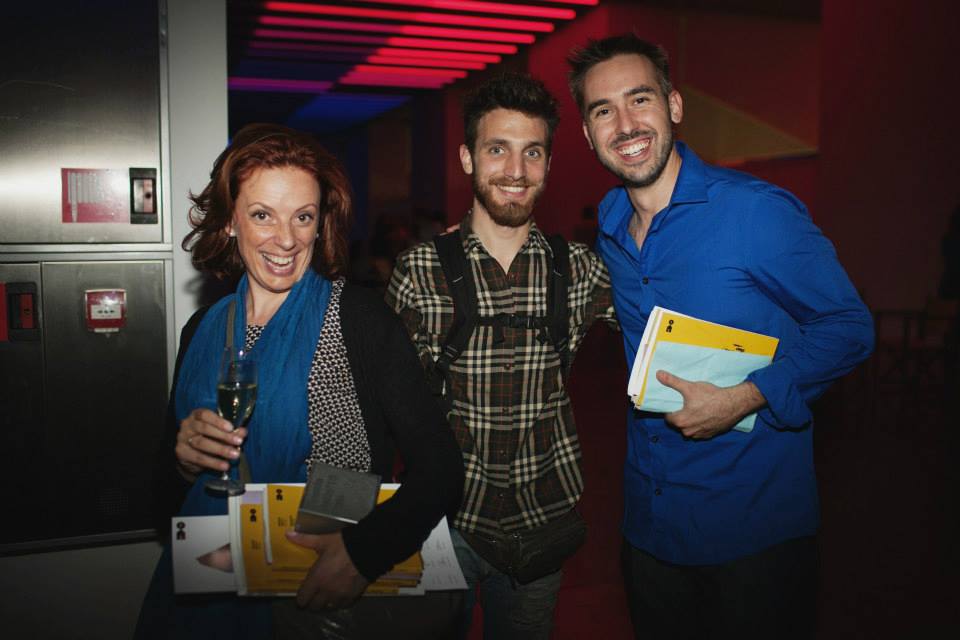 Nice to see you again! especially in that way!
…just met Noviembre Estudio in Barcelona (friends since when we met in Product Design Madrid 2013), at the Premis Delta award ceremony, where they won Delta de Plata as “Young Designer Talent”.
It has been an honour to have you in here!

My colleague and friend Erick Valdivieso Maceda just presented his last personal project Cupisnique at the Barcelona Design Week.
A serie of ceramic bottles inspired in pre-Columbian culture of Peruvian coast culture.
I’ve had the pleasure to help him on photos and video.
You can visit the expo till friday 21st in Barcelona (Carrer Ramon y Cajal, 5) or take a look here for more infos.
Well done my dear! …and good luck! 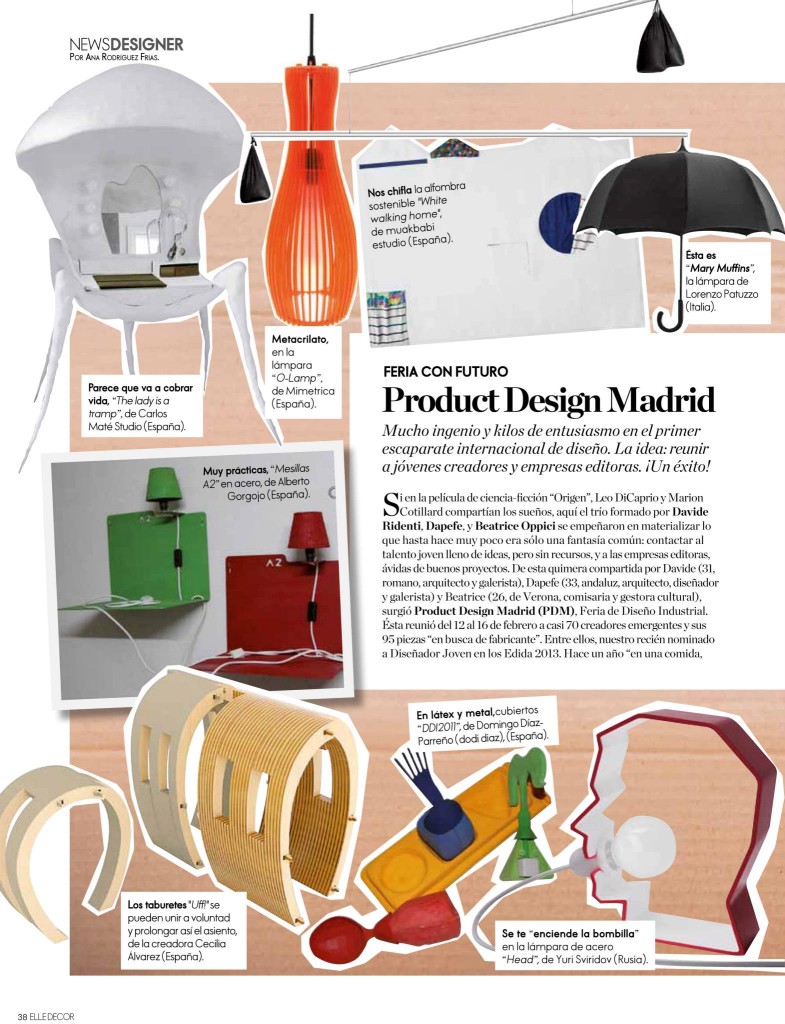 …just to share with you that this month Mary Muffin has appeared in Elle Decor!
go go go darling!

Ready for my trip back to Bovolone 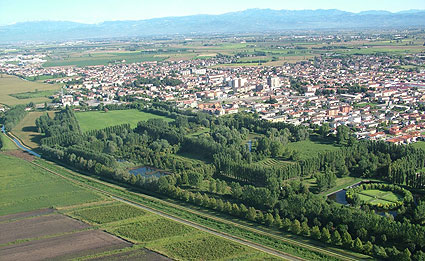 After a few months I’m ready to go back to my dear Bovolone with a few new projects in my handbag…
I’ve been thinking a lot about all that, and now it’s time to act!
Collaborations with local industries. Viral positivity. Social projects for a new cultural enhancement.
Looking forward. Over economical and politics changes.
Just thinking on a sustainable reality. Beginning from the smallest things.

James Irvine leaved us a few hours ago 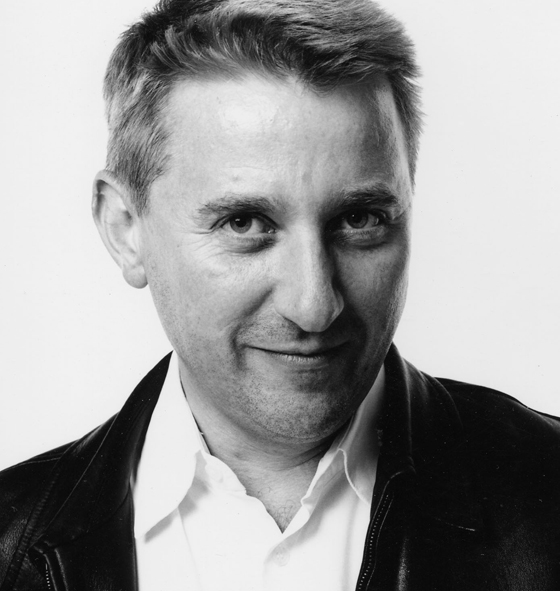 The British designer James Irvine has died at the Hospital Fatebenefratelli in Milan, Italy. He was 54.

“…
An industrial designer, Irvine was born in London and studied at the city’s Royal College of Arts before moving to Milan in 1984. Irvine would spend the majority of his career in Italy – founding his own studio there in 1988 – and died in Milan’s Hospital Fatebenefratelli’s last night.

A spokesperson for Irvine’s studio said that the studio had been devastated to learn of Irvine’s death and that the future of the studio was uncertain.

“We only heard the news this morning and are all shocked,” he said. “We’re not thinking about the studio now; it’s something we will look at over the next few days.”

Irvine made his name working as a design consultant for Italian brand Olivetti between 1984 and 1992, where he developed projects under the guidance of Italian designers Michele De Lucchi and Ettore Sottsass. Irvine would subsequently serve as a partner of Sottsass’ studio until 1998.

…
Asked about his design ethos, Irvine once remarked, “Always question why you’re doing something, unless you are being paid a ridiculous amount of money, then really question it.”

A memorial service will be held in Milan on Wednesday. Irvine is survived by his wife and two children.
…”

I’m touched to know this, especially after knowing what he really didin his life and especially for my hometown company Marsotto Edizioni.
I feel emotionally near their family and studio.